Roger Baker's photos from the classic days of Toronto wrestling are all around this site but this time the tables are turned! Thanks to Mike Mastrandrea for sharing this great photo of Roger with Bruno Sammartino in Toronto 2010. 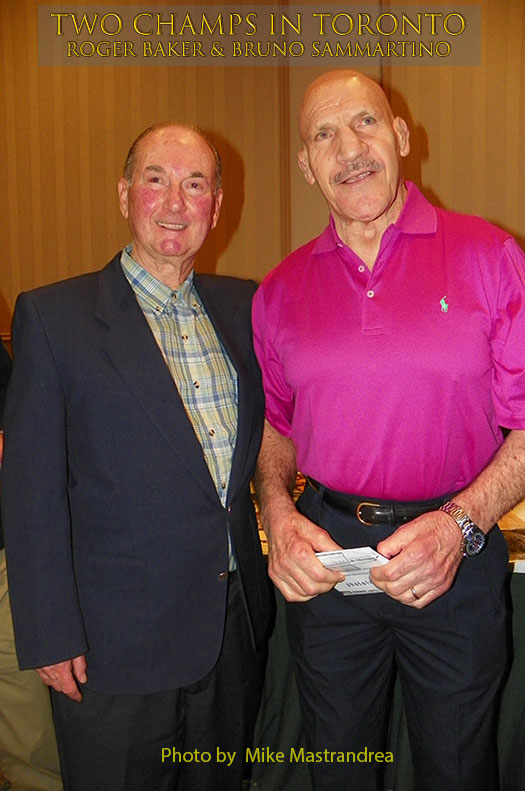 The occasion was a reunion dinner with Bruno as the main attraction. Almost 50 years prior Roger had been at ringside snapping pictures of Bruno. That was 1962 and the Italian Strongman was fast gaining fans from MLG to the smaller arenas on the circuit. In July-August of that year Bruno had faced World champion Buddy Rogers in a 3 card series at Maple Leaf Gardens, and it became an integral part of the Toronto history.

Bruno returned in 1964 with his WWWF title and defended here over 25 times through 1976 with Roger taking photos at many of those bouts. In the main photo you can note Bruno is holding some of those photos that Roger brought him and he was chuffed at seeing Roger again. Who wouldn't!

After Bruno's initial run he went on to hold the WWWF title through the balance of the 60s while Roger continued as a roving photographer for the big magazines of the day. Bruno sure got his share of magazine covers and so did Roger with photos taken in and around Toronto like the one below in October 1968. In addition to his fine photography skills Roger also wrote some great articles full of history and facts around our favorite Toronto stars. If a mag covered Toronto it was likely Roger's story, seek them out you will enjoy them! 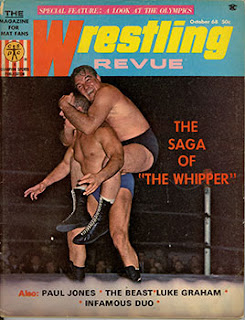 This site wouldn't be the same with Roger and we can say the same about Bruno as far as the Toronto history goes. Thanks to both of these champs for their contributions to the sport we love. 👏

The city's Italian populace has found a major hero in Bruno Sammartino and have been flocking to cheer their countryman. Bruno is a hero in the same mould as the great Rocca is to the Puerto Ricans in New York. Veteran mat officials are together in their view that Bruno Sammartino, if he continues to improve, will be the next World Champ.
Toronto Daily Star 1962